The local cuisine has a lot of national dishes, which are not only the Montenegrin ones. Here you can come across the Italian, Turkish and Greek cuisine and even familiar to us all hamburgers.

But still even with such a vast variety of dishes sold in the Montenegrin restaurants, these restaurants are trying to follow the national psyche in both the recipes and architectural design – that’s why they often remind us of the ancient dwelling places of these territories. The buildings are often made of stones, and there’s a hearth in the middle of the kitchen with the chains for drying the meat hanging over it. For cooking and baking bread most Montenegrin restaurants use sac – the large metal lid in the form of a shallow bell which is being draped with ash and hot coals from the top. Because of sac, the meat is juicy and the vegetables have the magnificent meaty flavor. 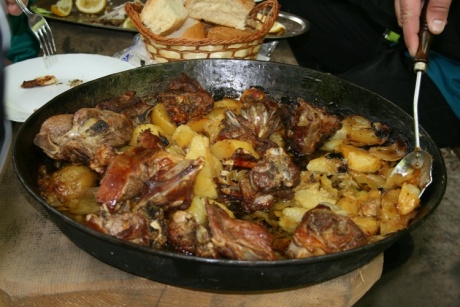 Because of the proximity to the sea, Montenegro has a lot of fish and seafood dishes. Even the people who don’t like fish dishes that much won’t resist trying the fish salad or goulash, which are cooked from the freshest seafood and emit an aroma of seasonings and spices that the Montenegrins use in cooking. The garnishes to the fish dishes are polenta (the dish made from the corn flour), blitva (the sort of spinach) or boiled potatoes. 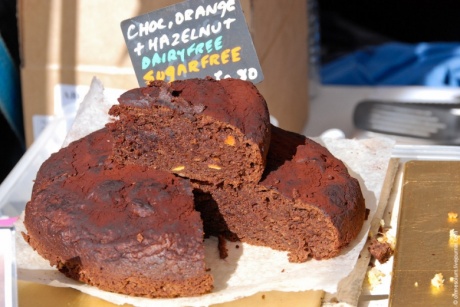 Fish air-and-sunshine drying is a traditional thing for this country. The fish is being scaled, gilled and laid out under the scorching sun. The fish is daily dipped in water from the sea, and when the air-and-sunshine drying process is complete, it is being smoked over the fire; then the ready-to-eat product is placed into the paper bags. This delicacy is being boiled in winter and served with the garnish of vegetables. 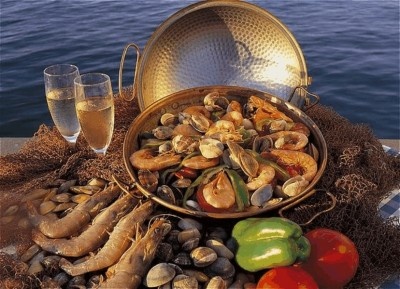 But the meat industry in Montenegro is just as popular as the fish industry. Mutton, pork, beef and poultry meat are being used for the cooking of the vast variety of dishes. Meat is often prepared with the use of kaimac, which is easy to prepare at home. Preferable the sheep’s milk is poured into the flat bowl and put into the warm oven for 3 hours and then cooled. The resulting upper layer is carefully removed and shifted to another bowl and some salt is added. Kaimac is especially good for the braise of mutton and chicken – the meat becomes very juicy and tender. 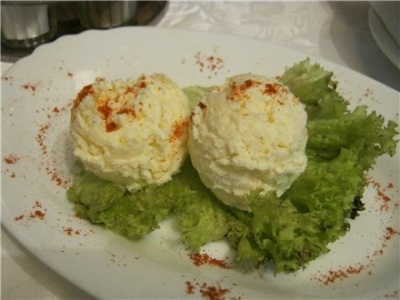 Ham is really popular in Montenegro, too. It’s believed that the best ham is being made in Njeguši – the place near Cetinje. It has the special taste, because the pork from which this delicacy is produced is dried in the highlands, where the air is very fresh. The tender homemade cheese is also being made there.

The Montenegrin cuisine also has the special way of cooking chicken – the meat is being salted and placed into the body of yeanling or the lamb which is to be roasted on a turnspit. When the meat is ready, the chicken which was inside is not only thoroughly roasted, but also has the exceptional taste. 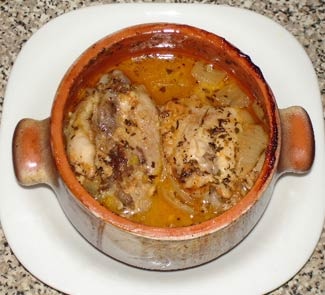 One more popular dish is meat in tripe. To prepare it one needs the properly washed and cleaned pork’s tripe (or the tripe of the other animal). After the meat and water is put there, the tripe is being firmly tied and dug into the hot coals and ash or hung above the fireplace. The boiled meat becomes juicy, soft and very tasty.

It’s worth mentioning the local salads with the coarsely chopped vegetables dressed with olive oil and richly sprinkled with vinegar. Simple, but tasty! By the way, olive oil is an essential component of the seaside cuisine, because the olive trees are all over the place here. The best oil is obtained using the heavy press for olives. 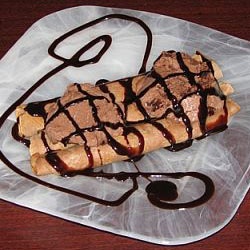 Sweets are worth a separate topic. The delicious «palachinke» - a large pancake filled with jam, chocolate, cream or “krstici” – small donuts served with a chocolate sauce. You can have ‘em in any café together with a cup of strong coffee, hot chocolate or fruit cocktail. Also one can try the “sweet ice”, its title speaks for itself.

Don’t forget about the spirits of Montenegro. Vranac is the great wine which has almost the ruby colour and has a noble fruity hint. Krstac, the dry white wine with a great flavor, is also popular.

The grape rakia is a grape vodka with alc. 50 vol., but it has a great aftertaste and is easier to drink than the usual vodka. Rakia gets its unique aroma because of the Montenegrin “vranac” grape breed. The premium grade of grape rakia is kruna, which has a balanced taste, easy to drink, especially if you have prosciutto, cheese and jerked beef as refreshments. There’s one more type of rakia in Montenegro – lozovaca, plum rakia, and apricot rakia - kajsievaca. 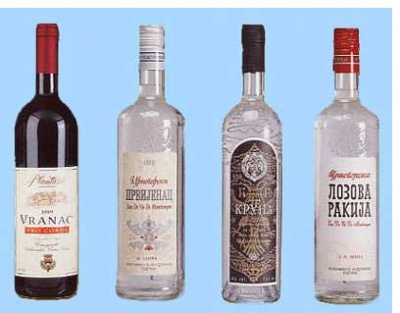 The only domestic beer made from barley, bitter hops and water from the mountain springs “Niksicko beer”, is being produced since 1896.