Montenegro history is very old and rich in valiant historic events and convulsions. Montenegro was first mentioned in chronicles in the 7th century AD. In the 10th century the first Slavic state called “Duklja” was formed and ruled by Prince Vladimir. This is when they started to build an independent country that had to overcome numerous carnages to fight for its liberty. In 1042 the army of the Prince walloped the Byzantine army and Duklja gained its independence from the Byzantine Empire. They declared the sovereignty of Duklja and started formation of a new independent country called Zeta. 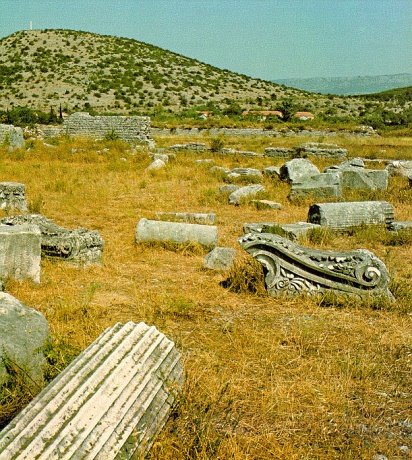 However the age of independence did not last long and after the last prince Mikhailo that belonged to Prince Vladimir dynasty and who announced Zeta to be the kingdom in 1077 died, the struggle for power burst out. Byzantine Empire took advantage of the internal conflicts and clashes and conquered the country again. They annexed Zeta to the Serbian kingdom called Nemanichi that was controlled by the Byzantine Empire. During the next two centuries Montenegro was under the dominion of Byzantine but in 1389 they won the battle at the Kosovo Field and Zeta gained its independence again. 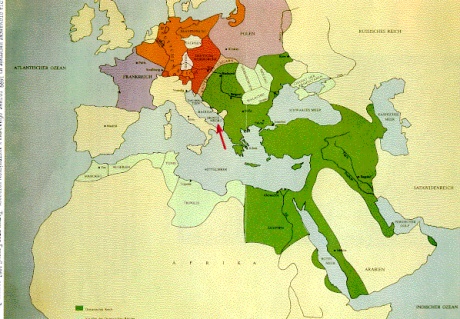 In the beginning of the 15th century Zeta that had already extended its boundaries by that time was conquered again. This time it was occupied by the Turks who spent much time and effort to climb over the heavy-going mountains but were crowned with success and brought to subjection the freedom-loving country. After this war the Zeta kingdom fell into oblivion. It turned into the state that was governed by the Turks and this was the time when the name Montenegro came to life. However even being a part of the Ottoman Empire Montenegro developed a form of a unique autonomy and managed to become a separate subnational entity in 1513. They had their own government, law authorities and regular army. After the Cretan War (1645-1669) the area near the Lovcen Mountains became the independent state Montenegro again. The Grand Turk never recognized their sovereignty. 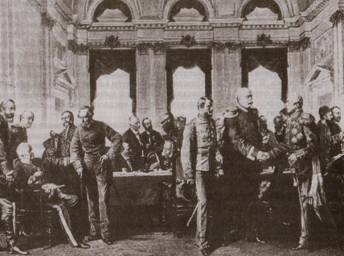 In the end of the 18th century Petar I Petrović Njegoš (St. Peter of Cetinje) became the ruler of Montenegro. He defined the national purpose and strengthened the state by uniting the tribes that were constantly in conflict and defeated the Turkish army having got virtual independence of the Ottoman Empire. The first secular ruler of Montenegro Danilo Petrović Njegoš inherited the helm of Petar and vanquished the Turks at the Battle of Grahovac (1858). The independence of Montenegro was then officially recognized. The next prince to inherit the throne was Nikola Petrovich (1860-1918). He extended the boundaries of the country by annexation of the fertile lands previously occupied by the Turks, acquired the seaboard on the Adriatic and access to the sea through Bar and Ulcinj cities, established the first National Assembly called Skupština (Skupshina), gave Montenegro its first Constitution and due to his efforts the independence of Montenegro was recognized at the Congress of Berlin. However the European leading companies were trying to follow their own commercial plans and laid industrial restrictions on Montenegro that would make the country (that was surrounded by hostile neighbors) be subject to Austria-Hungary. Despite the fact that Prince Nikola II (who had by that time already declared himself the king) was in good relationships with Russia that backed up Montenegrin economy at that time, European sanctions adversely affected domestic policy and economy of the country. 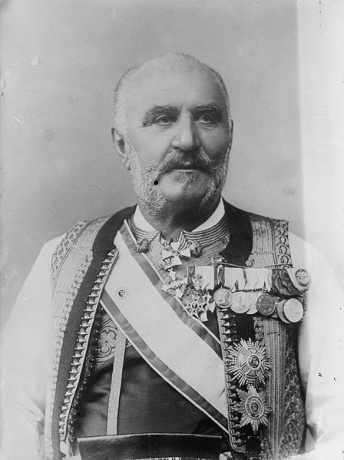 Being in a constant state of finding a way around Europe and Russia, Nikola Pietrovich decided to extend the boundaries of Montenegro and enter into a secret agreement with Austria. In 1912 Montenegro joined the Balkan Alliance that had won the Balkan wars, and expanded its territory by half. Yet the Montenegrin king did not have time for taking advantage of the new territories since the First World War began. This time Nikola II made a decision to place his stake on Russia and allied with the Allied Powers. This alliance did not bring him success. The country was defeated and the king had to flee. In February 1916 Skupština signed the Instrument of Surrender having recognized the regime of occupation. On December 17, 1918 they proclaimed the deposition of Njegoš dynasty and Montenegro became a part of the Kingdom of Serbs, Croats and Slovenes.

When the Second World War started Montenegro had to slide into confrontation with the Italian fascists. After the end of the war in 1946 the country gained the status of one of the six equal republics that constituted the Socialist Federal Republic of Yugoslavia ruled by Josip Broz Tito. After his death in 1980 the society faced the exacerbation of nationalistic tendencies that led to a military conflict in the late 90s. Montenegro didn’t suffer from the military actions but SFRY was dissolved. After the dissolution of SFRY Montenegro and Serbia made up a new state union called the Federal Republic of Yugoslavia ruled by Slobodan Milošević. 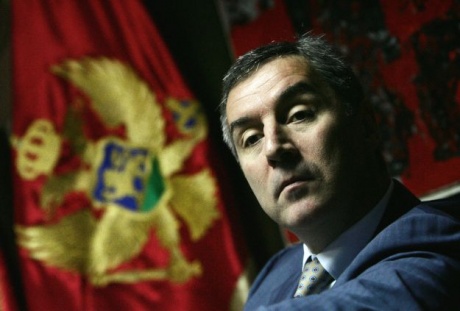 In the late 90s the political arena of the country was occupied by a Montenegrin leader Milo Đukanović. He opposed himself to Slobodan Milošević and obtained support from international community and Serbian opposition. Đukanović aimed at complete independence of Montenegro but did not succeed since the European Union blocked it. The European Union replaced the Yugoslav Federation in favor of a state union called Serbia and Montenegro. This idea was largely supported and governed by Javier Solana. The elections to the House of Assembly of the new state were scheduled to be held in February 2005. It was supposed that in 2006 the republics that formed this union would gain the right to hold referendums on recognition of independence. The elections were never held. A Montenegrin Svetozar Marović who was the president of the country at that time alleged to the absence of the legal framework and didn’t set the date of the elections. As a result after the mandates expired in March 2005 the Parliament deputies, ministers and the President himself lost their powers and became common people. Coincidently Đukanović powered by Filip Vujanović suggested that they turn the State Union into the Union of Independent States. The opinions of the Serbian governance divided. The Serbian Prime Minister Vojislav Koštunica didnt close with the offer while the Serbian President Boris Tadić came out for the consideration of the offer.

Many Serbians think that Đukanović is striving for independence on personal grounds only. They believe that he wants to escape punishment that would possibly catch him after the end of the criminal examination that is held in Italy. He is suspected of ties to tobacco smuggling and cooperation with Italian mafia. Besides that according to the resolution №1244, adopted by the UN Security Council, Kosovo was declared to be a part of the Federal Republic of Yugoslavia (and consequently of the State Union of Serbia and Montenegro) but not a part of Serbia. That is why separation of Montenegro could be referred to as the juridical case for the independence of Kosovo. As a result of secession of Montenegro Beograd lost its access to the sea. 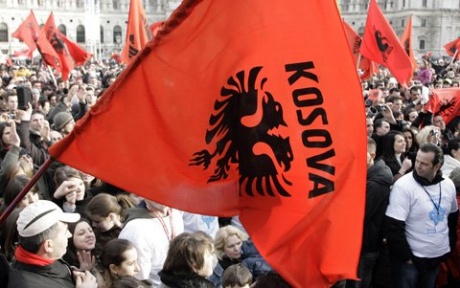 Negotiations between Montenegro government and opposition devoted to the referendum terms had been held since the beginning of 2006. Initially the oppositionists clamored against independence of Montenegro and referendum but through the intermediary of the European Union managed to come into terms about the referendum conditions. Miroslav Lajčák acted as an ambassador of EU to Montenegro and helped to resolve the conflict concerning the terms of the referendum. The only thing they were not able to halt down was the majority that would be necessary for decision making. The Montenegrins stated that it was necessary to poll 50% votes + one vote providing the required appearance of 50% of the country total population. The opposition demanded that the Montenegrins residing in Serbia should have also taken part in the referendum. Lajčák suggested that they followed the next decision procedure: Montenegro would be recognized to be an independent country by the European Union if it was supported by 55% of the total amount of referendum voters. Despite the fact that it provoked outspoken displeasure of the Montenegrins and Đukanović announced it to be even dangerous for the stability of the country, yet the referendum took place on May 21, 2006. It was recognized by the EU since the voter turnout was higher than 86%. 55.4% voted for the separation of Montenegro from Serbia.