The coast line of Ulcinj Riviera is 45 kilometers long, spreading out from the Old Ulcinj Cape to the very border with Albany. The north-western part of Ulcinj Riviera has mostly rocky beaches but there are also some sandy-pebbled beaches. The south-eastern coast of Riviera is not that rocky and here the world famous Long Beach (18 kilometers long) is located. The beach spreads out from the Boyana river to a beautiful triangle island called Ada Boyana dividing the Boyana river into two arms. The island became triangular shaped due to the sand that was gradually covering the cape and the ship that sunk nearby. The Small Beach and Valdanos Beach are also very popular among tourists. For people who enjoy harmony with nature and clothing-optional sunbathing there is a cute nude beach and special offers at hotels. 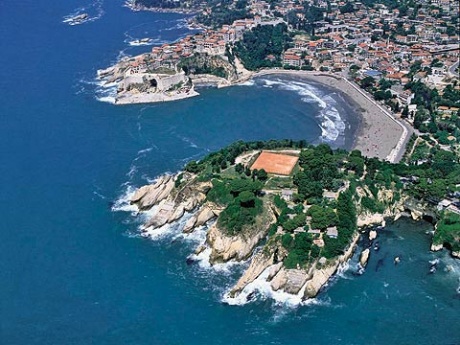 Ulcinj was first mentioned in chronicles at the time of the Roman Empire but the city itself was founded by the Byzantines with the Turks and Venetians to finish the building of it. In the 14th century it was inhabited by the pirates and one of the legends tells that a famous writer Miguel Cervantes was imprisoned by pirates in Ulcinj. There are some places in Ulcinj remained that date back to the ancient times: the Old Town surrounded by fortress and towers, the Slave Market, Palazzo Venice and Balšić houses. One of the towers of Balšić houses was inhabited by Talmuda Shabtay Zvi (died in 1676 having turned to Islam and changed the name into Aziz Mehmet Efendi) who lead the riot in the Ottoman Empire. Another sight of the Old Town that is worth taking a look at is a mosque (now being a museum) where the main archaeological evidences of Ulcinj are exhibited. 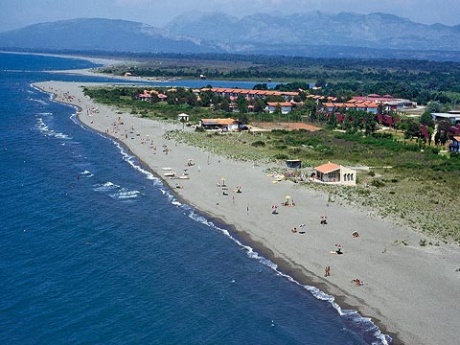 Balšić houses and Palazzo Venice have been turned into nice hotels with the best views to the Old City.

As far as the new part of the city is concerned, initially it was located on a small part of a high plane but now it is much bigger and richer in different walk downs and ups, hills and cavities. The houses are built right on the rocks and in the strangest ways what allows one to have a fine view to the Old town and its surroundings from almost every place in the city.

Ulcinj is a big and beautiful city where one can always find a way to have fun and relax. There is a great number of casinos, restaurants, bars and discos suited to every taste. 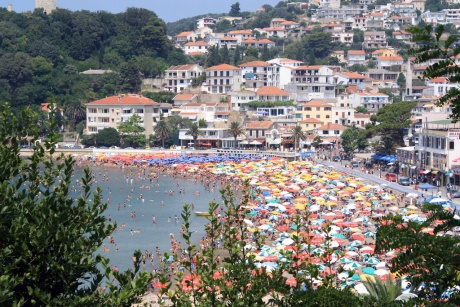